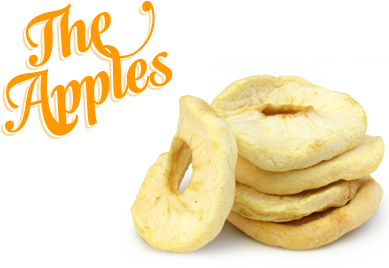 Did you know there are more than 7,500 varieties of apples grown around the world? ... Read more

Natural Grocer offers apples in a number of pack sizes in the following varieties:

Apples certainly have been around for quite some time! Carbonized remains of apples from the Iron Age have been discovered in prehistoric lakes in Switzerland. There is also evidence to suggest that apples were eaten by people of the Stone Age as well.

Did you know there are more than 7,500 varieties of apples grown around the world?

As with most dried fruit, the flavour is much stronger and intense, with a chewy texture making this an absolute snack time favourite.

Enjoy our dried Apples in cooking and baking, chopped and sprinkled over your favourite breakfast cereal or simply as a snack.

The Natural Grocer offers dried apples as rings or diced in a number of pack sizes.